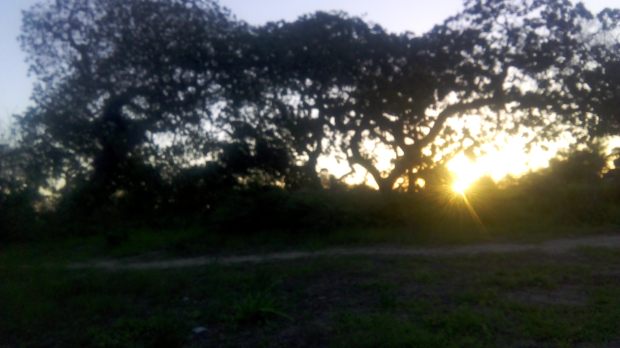 You walk around in life, thinking you are normal. That though going through ups and downs in life, life is okay. I mean, that’s only normal, right? You get good days and bad days. You have awesome friends that you constantly thank God for. You have a good relationship with God, that you feel so undeserving to have, which is true anyway, you don’t deserve it. And you have good parents, who though you guys cross each other’s paths at times, are still the best, but that’s only normal, right?

And so you wake up one morning wondering what’s up with  your life. You blame it on your joblessness, until you realise that sincerely speaking, you are kinda lucky to have this free time. And it might be the only time you are free like this in your entire life. So why the restlessness? You try and find quick fixes to your problem. A relationship comes in handy here. But it doesn’t fill that vacuum in you. You go to God. And the guy up there gives you promises for your future, and stays with you right now. Like you can feel His presence every single day.

But what about today? When everything else is removed, what remains? When God tells you about your future, what about your today? But knowing God, you know the answer to that. That when God annoints you as a future king, He expects you to continue doing what you do daily until your time comes.

And guess what you’ve been doing? You know you have much potential. And much promise. And many promises for the future from God and other human quarters. So what did your self do? It picked itself up, dressed itself up as a king, and went to demand for its rightful king position. Do you remember the promise was the future not now? But who cares? Someone said you were going to be a king. You knew it. But the current king certainly didn’t think so. I mean , you don’t become king by potential, you become king by actions. So they rejected you.

And as you look at your silent phone and gmail , you realise that you are a spoilt brat. Because all factors on hold, why would the best employ you? Sincerely speaking, were you them, you wouldn’t employ you. You would be looking for substance, not future substance. Not potential.

You look at God, and you realise, that favor is unfair. That your perception of God and His goodies has made you a brat. He said He will give you the rest when you sought after His kingdom. So you sought after Him with all your heart, soul and mind. Knowing God, the guy is faithful to a fault. Meaning that He already gave you this ‘ the rest shall follow’ that He talks about. Only problem is, you two seem to have different meanings of that phrase. You think cars, a good job and travelling while if reality is anything to go by, clearly Jesus meant otherwise when saying that.

And so you wake up one morning, and laugh hard. At yourself. You has been stupid. You has been foolish. But the worst part is that you has been entitled. You have been living life as if it owes you something. As if your parents ought to support you a little further than they are already doing. As if God was supposed to bring your desires to your doorstep. As if your life was just supposed to happen.

You get ashamed and cringe inside because clearly being bright didn’t insure you against foolishness. And you silently apologise to the world for thinking it owes you. You apologise to God for assuming that because He has a bright future planned for you, you should just go and wait it out. You pray for a second chance. To not get a job right now. Because you have somethings you need to get down to and do before life becames busy.

You look at your past. At the mindset you had. At the rants you made. At the things you complained about. At the wrong ideas you had about life. And you wonder how on earth you walked around being so ignorant and happy. Now you understand why stupid people are ‘happy’ people. Not knowing insulates you from the responsibility that comes with knowing.

But most importantly, you forgive yourself. And hold no grudge for your past. It was good when it lasted. But it’s time to move forward. And to do that, you look at the cards life has dealt you with, and you ask yourself, what do I have in my hands right now? Because that is what you do as you await your future. You don’t wait. You live.

And as you look at life with these new eyes, you know now from the deepest part of your heart, that if you don’t make it, it certainly won’t be for lack of trying. That if your dreams don’t come true, it wasn’t because you didn’t go after them. That if you died right now, you will die trying, not waiting. The world owes you nothing. That phrase has really taken you long to internalize. But better late than never. You are here now. You look at the sheep that you as David is taking care of as you await your king days, and you now know that should any lion dare steal any of them, you’ll kill it with your own hands. This drive coming from the inside of you, fires you up. And you know its not for a day. Or two. You have the kind of minds that when they focus on something, they go after it with everything in them.

This reminds you of a conversation you overheard. A man was asking your father to recommend someone to help around during the campaigns period. And he was mentioning names while your father commented on them. All of them were good and had their faults too. Except one guy. Apparently, this one guy, if you told him to go distribute or stick posters in schools, he would do exactly that, even if it meant beating up the principals who stood in his way. Just to put up posters. Obviously that’s not how your dad described the guy but from his description that’s what came to mind. And though funny, you admired the guy.  That he would destroy anything in his pathway , just to do what he was supposed to do.

And though you don’t have that kind of focus, you now know my priorities. At this point. Not in the future. This lesson has taken you so long to learn. Like its been a long time coming. And its here now. You love where you are right now. You are amazed at where you want to be in the next one month. And in between lies a lot of work. But you feel pity for anything that dares come between the now you love  and the amazing future that you are working towards.
So help me God.