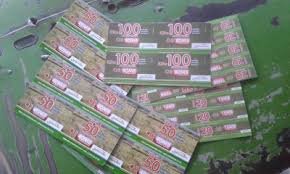 (this is the first story in the Series recently started called what’s your story? You too can share your story by contacting me at mmercymwende@gmail.com)
Selling Safaricom airtime cards has some money.  It’s not as unprofitable as it seems.  Each day I sell cards worth at least Ksh50,000. Out of that,  to know what I’ll get by the end of the day, multiply by 2 and divide by 100. And that is an average day. But they don’t  pay me daily. We agreed with the guy at the shop that I’ll get my money after 8 or 9 days. I know he’ll pay me.

The reason I’m doing well in this business is because my sales depend entirely on my relation with the clients.  And I’m a good salesperson. From my days in the newspaper to here,  I’ve made a name for myself.  And you have to make so many sales to get anything good at the end of the day.  Safaricom says they leave the small margin for us because everyone uses airtime.  So they expect that you will automatically sell more to compensate for the negligible profit left per card.

But the newspaper was kinda better.  Or rather, I knew how to sell them. I used to return very few newspapers by the end of the day.  There is a day there was a national event,  so they brought 180 newspapers,  and I only returned 10. Mwania didn’t  believe it.  In the days before he employed me to sell the newspapers for him,  he had never ever made such a sale.  Not even during historic events.

Problem came when we started selling The Star Newspaper.  We agreed that I would be getting a commission of 2bob per newspaper. And since The Star isn’t  that popular here,  the profits by the end of the week,  were too minimal.  So we agreed that he would keep the money for me,  till December. In the spirit of that agreement we bought a book where we filled in each day what my sales were.  Months later,  when we got to December,  I went to ask his wife where  the book was so that we can finalize the counting. Guess what?  He had burnt  the book.

I had never felt that cheated.  I told him to not wait for the newspapers the next day.  I called the guy who usually brought them and cancelled our town’s daily order.  Mwania just looked at me and told me that there was nothing I could do that would faze him.  That was how I stopped selling newspapers. Afterall,  Mwania also refused to let go of his contract of being the one selling newspapers around. After 5 yrs,  he had told them,  that he would stop being their main sales person here.  But when he realized that it would be me taking over from him,  he refused to let go.

Anything  would have been better than working for Mwania again,  so I decided to hustle as I looked for something worthwhile to do. I found a wholesale where I would take orders to the clients during the day, and collect money at night. This went on well,  until a certain  day I lost money.  I was riding the bicycle so fast and the money was in my pocket. It fell off and the guys who called me back,  called me after they had taken a large sum of it.  So I had to pay back.  Which I did with time plus some was cut off my salary.

Now I only have one debt that I pay Ksh 4000 per month. After the wholesale I had a stint at an mpesa.  And it was one of those days, when someone withdrew cash,  and our phone didn’t  show anything. I called customer care who told me to give the client money since the money was in our account it’s only the message that was not reflecting on our side. I give him the money,  but the message never came and the money never reflected on our side.  The other incident was when I put deposited money into someone’s account. The client said they never got the cash,  so I didn’t  take their money.  But later in our account,  the money was deducted.  All those instances we followed them up from Safaricom’s side and they gave same old story.  It looked like I had taken the money in both instances.

So the owner of the mpesa took me to the police cell.  I slept  there for two days.  On the third day, the OCS who was my friend  from the newspaper days,  demanded that we reach an agreement. Court cases take time or even drag forever. I didn’t  have money to bail myself out.  So though  I was innocent, for the sake of freedom and peace of mind,  I agreed to paying back the money.  So every month I give them 4k or 5k.  That lady owes me 4000 shillings. So I won’t  pay the last month.

In the mean time,  my life is looking up.  I moved out of the house I was sharing with four other people. I now live alone.  The Safaricom guy cannot refuse to pay me.  Today was the last day of our agreement so I expect around 8 or 9 thousand shillings for the 8 days I’ve worked there. Now that the elections are over,  I’m going back to the guy whose cards I was selling before.  My contract with him is more permanent. I hope to speak to these big hotels.  Some of them buy cards worth over 25,000 thousand shillings per day. This would really boost my sales. For the last two months I’ve hit a 1.5Million shillings sale per month.  I want to get to 2M.  The commission is higher as one starts clocking sales above 2M per month.