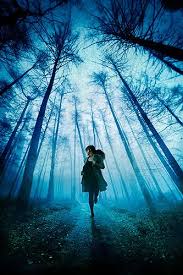 She was chasing after life. They said the younger the better-in everything. She had her life sort of mapped out. Finish her undergraduate, get a job, and not necessarily a well paying one, commence on her masters immediately after graduation and finish it within two years. In between she discovered she loved traveling. A lot, or at least enough to sacrifice for. Plus she had always wanted to open her NGO. They said one needed around thirty thousand to open one. That meant money had to come from somewhere. That somewhere was definitely not her parent’s pockets.
She had heard that people could work while still schooling. And while contemplating on it, the usual culprits knocked on her door. They came with heavy testimonies. The usual really. I was broke but now I make millions per month. Being as green and thus cautious, she choose that which looked legit. Insurance it was. For 3 months she tarmacked looking for clients. And for all those 3 months, she came out of it with 1 client.
But with tons of lessons that she would never have learnt anywhere else. At least not practically. She learnt that everything in this life, calls for one to be a sales person. And a good one at that. Including spreading the gospel. She also experienced rejection in its rawest form. People outside there despise insurance. Not that it was her fault that they do. But she represented them. She tells everyone who becomes important to her that she once sold insurance in search of a better life. The kind of life that didn’t need to be insured. But none of them get it. They never get what it means to wake up at ungodly hours, sit in the jam, get into a new town, one that looks promising but isn’t yet there, and for the whole day knock doors. And for the whole day for months get 90% no’s and 10% promises. Its like selling the devil’s manifesto to Jesus.
She grew a thick skin. Thick enough to separate what to take in and what to call out as bs. But she also grew soft inside. Her understanding of the ‘unlikables’ grew deeper. She could now empathize with those ignored by society. With those that bear the blunt of all memes. With those that people pray God in gratitude that they are not like them. But she also discovered that every town needs a place that people can sit at. Like a small park or shade and not those ones for boda boda people.

She stopped chasing after life, started running after it. Chasing after it had taken a toll on her. Plus she was discovering, that it didn’t have to be that boring. A few friends down the line and everything stopped being so black and white. A little colour never made the suit unprofessional. She allowed herself the liberty to want life. A life that wasn’t demanding she sacrifice every bit of herself to live it. Because then, how was she supposed to enjoy it. A life that included lots of laughter while still maintaining her principles. She had never understood how people just go with the flow or break rules. Didn’t they have plans beforehand? Did breaking the rules have some kind of a pull that had somehow never gotten to her? She wanted more than always running. But not the kind she saw around. People relaxed, living as if there is no tomorrow. In her entire life, all decisions had to be made in consideration for the future. You work hard for a better future. But she was tired.

So tired that she stopped running altogether. She fell. Couldn’t run anymore. And that is when she discovered that its not the future she had been chasing. Its the past she had been running away from. It was not for a better future that she pushed herself beyond limits, it was for lack of a livable present. But in all this tiredness, she realised that she was just human. Not necessarily a strong human being. A fractured human being. And slowly with all the pain that accompanies it,she picked up the broken pieces. Mended the ones she could. Took the extremely serious ones to her maker. Threw away the irredeemable.
Dusted herself up, and let life flow within her. She was the living thing. And life was never supposed to be ran after, it was supposed to occupy a being. And you can imagine after a whole life time of running, she didn’t know how to stay still. Living and not just existing came with its own set of rules. Its been a hit and miss.
At times, she cries in gratitude to God for this immense peace that seems constant. At times, she stares at herself in the mirror for hours, awed by the new her. At the other times, she finds herself looking for things to run after. Surely, life can’t be this easy? Only to run and realize that she has walked down this path before. And as they say history always repeats itself. She thus can’t afford to walk down the same road. That means gaining new thinking patterns, shedding off old habits while acquiring new ones. At times, it even means getting close to new people.
And weirdly enough, she doesn’t feel out of place in this new way of doing things. It simply feels like home. She could get used to it. At times, bad thoughts keep on asking her, what if this won’t last? On good days, she replies that she will do anything to preserve the stillness she has found when she stopped running. On bad days, she appreciates ,that life gave that chance to experience a life with no past making you run blindly, even if it was once. But on days like this, she lies around breaking her own rules, laughing at herself for not being able to get a joke fast enough, being mean to an enemy of a friend and feeling guilty for not feeling guilty about it and listening to songs that soothe her soul. And above all, she is happy in the middle of a situation that would have previously seen her increase her running speed. Maybe one day she will stop using her past as the standard measure. But for now, she has just let herself be.