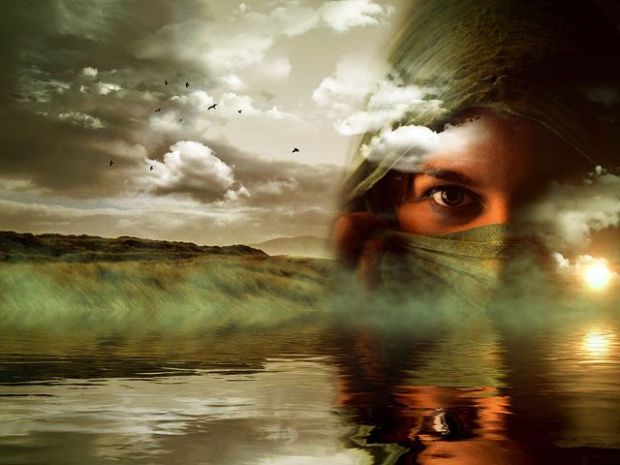 He was a good man. I don’t remember his name. And if I met him today, I wouldn’t recognize him. Or maybe there is a less than ten percent chance that I would. He was dark, and not so tall. At least that I remember. And he owned a bicycle. Those mountain bikes type. Once in a while, on a Saturday, he would come to pick me up. My mother would dress me up and weirdly enough my Sunday best outfits were jean shorts and a matching white top and a jean sleeveless jacket. And I was shaved by then. I must have looked like a boy. A beautiful boy. This man used to sit me at the back seat of the bike and off we would go for a picnic. Just the two of us. There was a sisal plantation on the outskirts of that town and in there was good scenery complete with flowing streams green grass and tress. I don’t remember him talking to me. He just took me to those good places. The first time I saw forks and knives neatly arranged on a plate was when he took me to the best hotel that town could offer. He told me to order anything. And I ordered eggs of all things. Scrambled eggs. And they brought them together with tomato and I don’t why but in my mind there is tomato sauce too. He didn’t teach me how to eat using those things, he simply allowed me to be. He is the earliest father figure I remember. I don’t remember him ever teaching me or telling me things, I simply remember him being there. At least once in a while. His relationship with my mother, I don’t know. If we were related, I don’t know. But I remember, that when I was a child, that man treated me like a little princess.
I don’t remember wanting anything in my childhood. You know the way you see children throwing tantrums in supermarkets and all. But that might be because you just don’t throw tantrums to the house help when your mother isn’t near and neither is she going to be for a while. Did you as a child want things? Or am I the one out of the norm here? I remember the first thing I asked my dad for something in my whole life, was when I was seven years. I asked for a biscyle. But if he had not asked me to name a want, I wouldn’t have asked for it. Throughout my primary school life, I was mostly on top of my class. And that made my parents always ask me what I wanted as a gift. I never wanted anything. But since they had asked, I used to say books. Because, after all, they were going to buy me books for the next class. In between terms I used to ask for novels, kina moses, and the whole series of pesa zako zinanuka. For reasons best known to my parents, they never saw that as weird. That a ten year old does not want anything apart from the obvious. I saw a girl in church today. She was wearing a purple dress and closed silver heels. Her mother, I presume that was her mother, was carrying a small baby in her arms. They sat down. But what drew my attention to her, was how adult she looked. So composed and graceful. While that might have earned her a “she’s so mature for her age” complement once in a while, I felt pity for her. Because I saw myself in her. I saw the personality that struggles to break out of the shell but everyone suppresses it with ” she is so disciplined and quiet and etc(all good qualities you can think of)”. Just to later realise that she has no idea who she is and what she wants out of life.
By now you must have realized that I’m one of those characters society has ticked off in the “holy Jo” box. Most people assume my behavior is tied with Christianity somehow. For all I know, its a coincidence that my behavior and what society approves of looks alike. Otherwise I have along way to go in my spiritual walk. A really long way. A while ago, I saw a friend with a really nice short dress. And I loved it instantly, so I enquired about it. And her reply was “you have changed, nowadays you were short dresses?” I hate boxes, but more than that, I hate the act of people putting others in their own formulated boxes. Let people be. Otherwise, people like me slowly pull off from you. I’ve reached that point where I would rather have one friend I can be real with that a dozen that I can be normal with. Life isn’t as complicated as we like to regard it as. I was telling a friend that I want to go to Malawi. And she was like “that is so random! Why would you choose Malawi of all places?” Because I can. Obviously that is not what I told her. I fumbled with the few facts I know about Malawi, ooh it has a female president, ooh it is a poor country so the living standards would be low, and so forth. But deep down I choose Malawi simply because I can.
As I’m seated here with a 240° eye bird view of this place, and the wind blowing heavily, I remember that man. And I plan to pass on that act of kindness to another prince or princess. I also remember boxes people have put me into. And how by the time they realize how small or irregular their boxes are, I’ll be in Malawi.