The road to Naivasha has taken me back to Kinangop. The land I spent six years of my life. Have you ever heard the wind blow? No,not feeling it cold against your skin. Listening to its sound and having to talk louder so that your classmate can hear you over the sound of the wind. The wind in Kinangop was noisy. It’s one of the things that used to lull me to sleep, knowing that I’m over 400 kilometres from home.
And yet I have never gone back there. To the rain that was never ending. Or the school mates whom I knew all by name. After all,the largest number we ever were from class three to eight was 122. I miss the cold. I know its sounds weird,but it also sounds like home away from home. On the left hand side of our school was a secondary school. A mixed secondary school. Whenever lights went off,their generator was up within a matter of seconds. We hear that was one of the preventive measures against girls there getting pregnant. On the right hand side was a neighbor who lived in a rectangular mud house. In kinangop, rich or well to do off families lived in stone houses. Followed by wooden black houses. Mud houses were rare. That neighbor had a cow that we watched give birth all by itself.
This grass takes me back to a birthday that took place in my first year of those six years in Kinangop. Our school formed a rectangular shape. As in draw a rectangle, now assume that classes and offices and dining hall are built on those edges. You are left with a rectangle in the middle. It had grass and was fenced with the beautiful and well trimmed golden flower. The school was owned by our director who had one side of his face dropping slightly lower than the other. We heard that he had suffered a stroke. He had two boys by the time I joined the school. And they did not belong to Mrs.Director. The last born boy was celebrating his birthday. And so after our preps we were called into that rectangle( it definitely had a name but almost a decade later I can’t seem to recall it). It was the first time I was seeing our directors son. But it was also the first time the lights all around that rectangle were lighted up. And there was the most beautiful sight my eight year old self had ever seen. Nature blended in with human’s creativity, topped up with the stars. Again, in Kinangop the stars were numberless. After those six years, I have never seen as many stars as those ones. For the people in Nairobi, is it just me or do stars dislike that city? Any time I spot them,its either they look so far away or they are countable. In Kinangop, the stars we huge and twinkly and you could clearly point out their different patterns and colours. We sang for him birthday songs. And me and the only other girl who were the youngest boarders of that school, got the opportunity to eat the cake before the rest of the school did. 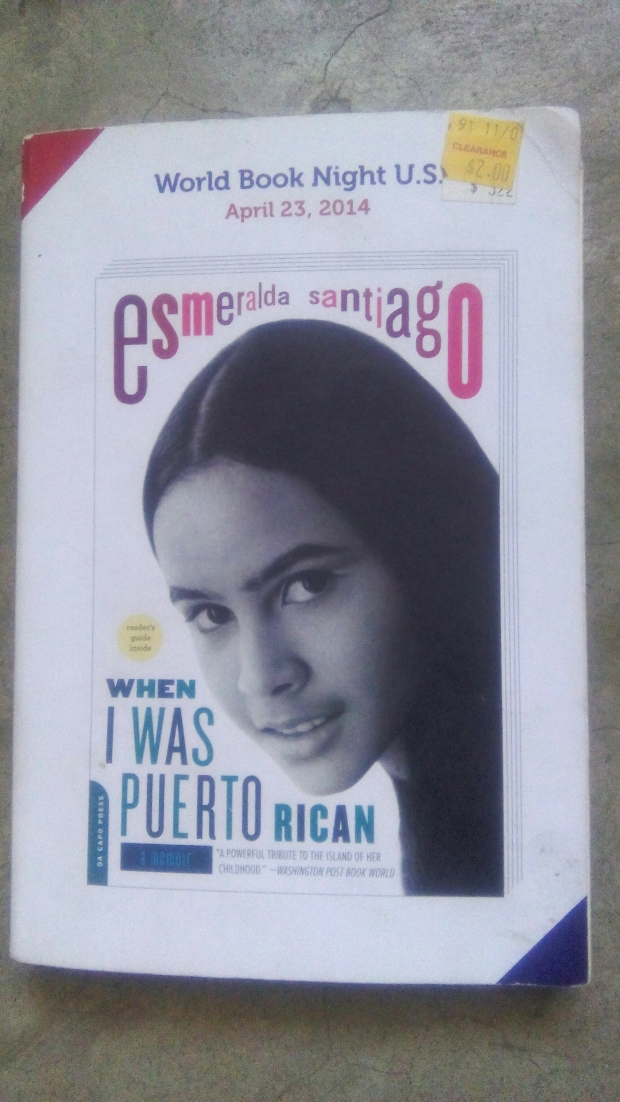 There is a silence here that has been the most conducive place for me to read a Memoir. I Was Puerto Rican by Esmeralda Santiago. And I love how detached she is from it all yet active in every single line of that book. And instead of seeing her,I’ve seen myself in all those different phases of life. First borns live a different life from the rest. At least if you ask me and the writer of that book. You have to behave in a certain manner and do things in the right way so as to set an example for the younger ones. Yet no one sets that example for you. You figure it all out by yourself helped by your parent’s constant ” as a firstborn you shouldn’t be doing that…”. Sometimes you get jealous of the younger ones who get to develop their personalities without any help from “you should be this or that”. But at times you get angry because they always think they would have made better firstborns. And other times you feel valuable since your family needs you or they act so. While on the other times, you get my dad asking you ” Why are you so quiet? I have come to realise that you rarely voice your opinion on anything..” And you wonder what he expected after almost two decades of your opinions and wants being put behind “what should be done”.
The nights here are peaceful. I didn’t even dream. For me that’s always a sign that I was in a very deep slumber, which rarely happens. It’s like the silence here convinces the voices in my head to cooperate with the demons of my soul to allow my spirit some rest. Or maybe its the cold. I have a thing for cold. In my primary school years, any time I went from the freezing cold of Kinangop to the scorching heat of Ukambani, I got sick while at home. Pneumonia they said. Yet in all those six years in Kinangop, I rarely even got a cold.
The food in this place is simply heaven. Now,I’m not a foodie, but I do know how to spot sth that has been put effort in. Even the simple meals such as fries are decorated and well presented. And that takes me to the one meat once in a week we used to wait for in Kinangop. For us it was the sweetest thing our taste buds could comprehend. 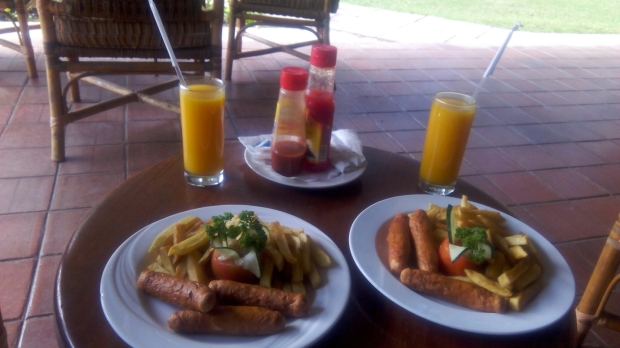 I don’t miss that life. It is a part of my life that lived out its worth. I always say I’ll go back there. But deep down I know, that I will only be trying to relive those six years in that one or two days I’ll visit there. And things have changed over there I’m sure. I have changed. I’m not the 10yr old who didn’t miss home even when everyone else around me was homesick. I made my own home out of that place. I saw,I lived, I blended in. And for as long as that lasted, Kinangop will agree that that was a life well lived in its scope.
I have no idea why this place reminds me of that place. Maybe its the cold. Or the forest like environment. Or the silence. But maybe , that little Kinangop girl is still alive and kicking. And screaming to be heard,above the noise of the wind.